A former death row inmate, a neuroscience professor, and an award-winning bartender are among more than a dozen unique speakers chosen to share their ideas TOMORROW (11/10) at TEDx Naperville, a local conference modeled after the popular TED talks on YouTube.

“Knowing there’s an outlet here in my neighborhood to experience new ideas and different thoughts, to be able to be involved and getting others involved, and to help them promote this idea is exciting to me,” said Susan MacNicol, president of Strategic and Creative Marketing, an Aurora-based firm that has donated more than 300 hours of marketing strategy, social media engagement, public relations and video production since spring as a TEDx Naperville partner.

“In addition to audiences engaged in the past, we’re trying to reach younger audiences and reach local high school and college students. It’s why we developed a Nokia promotion with District 203 and 204,” MacNicol said. The cell phone manufacturer is sponsoring a “man on the moon” contest and featuring the winning student project in its TEDx Naperville sponsor area, she said.

A few tickets may still be available:  TICKETS

To read this whole article, published in the Naperville Sun:  https://www.chicagotribune.com/suburbs/naperville-sun/news/ct-nvs-tedx-naperville-advance-st-1010-story.html 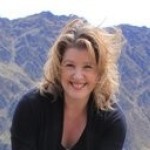 Strategic & Creative Marketing Recognized Among the Top Agencies in the Nation